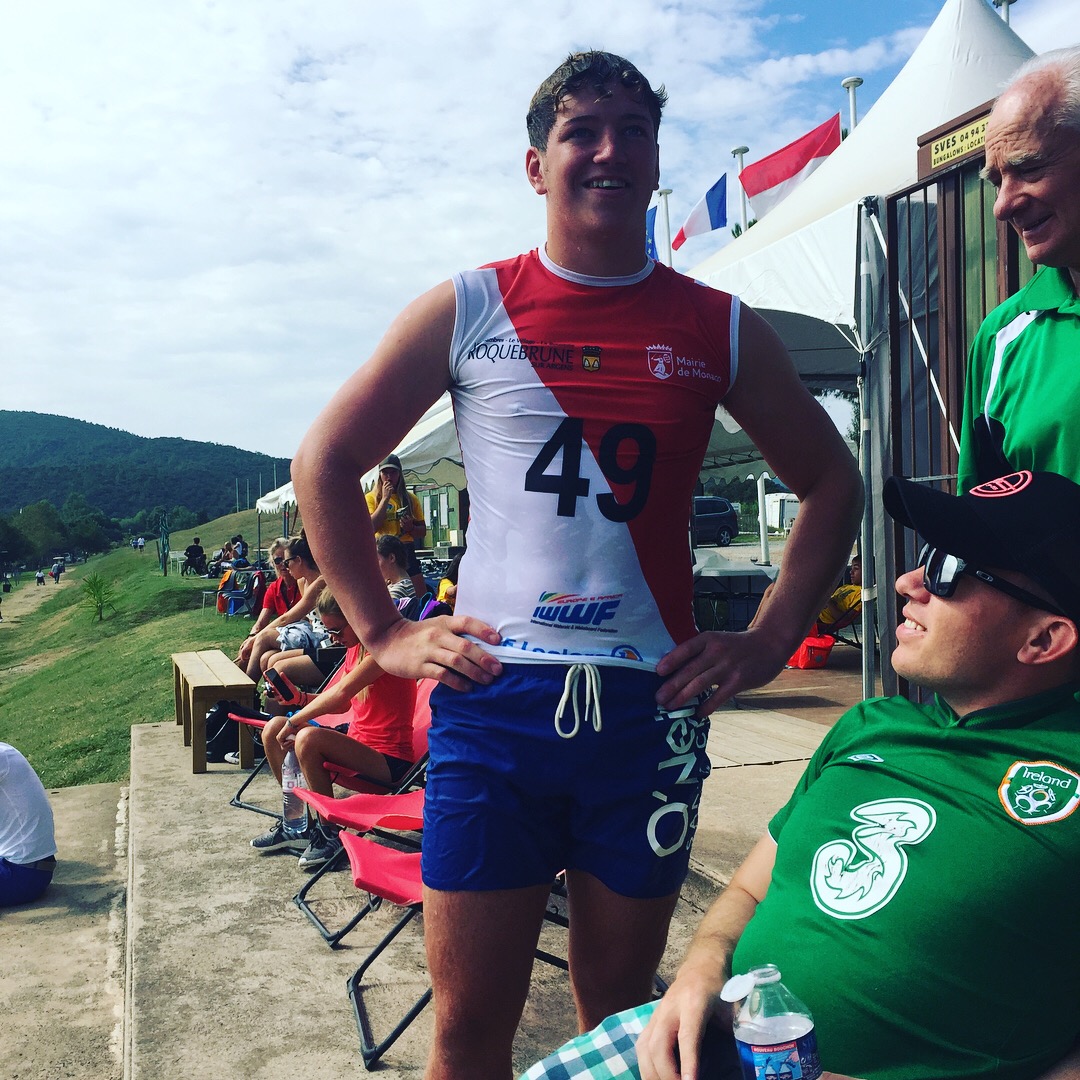 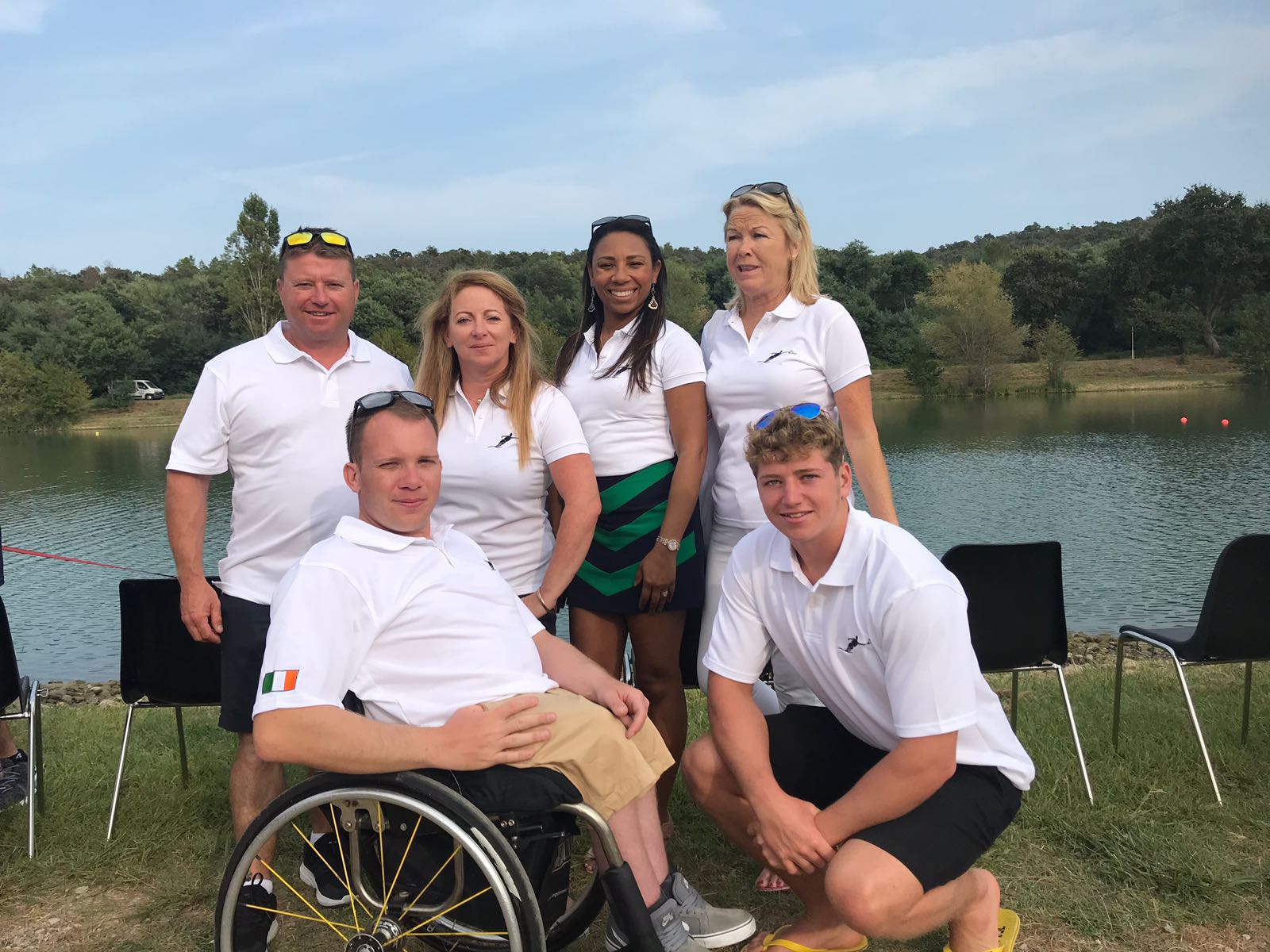 Friday the 31st of August, Daniel Tricked in the Preliminaries, he did fantastic with a new Personal best of 5210 points just a shade away from the Irish open record, making the last 8 for Sunday’s finals

Saturday morning and series 3 men’s slalom was on, Daniel was 8th off the dock and unfortunately at 13m it all came to an early end making only 3 buoys at 13m and not enough for the finals on Sunday .

That afternoon Men’s Jump was scheduled but the weather went against the organisers and the chief judge made the decision based on safety to call off Jump until Sunday..

Sunday came and for Daniel he was first out in the trick finals , again he had a flawless hand pass completing all his flips and turns , however his toehold pass was not as good as in the prelims and he ended up finishing a very credible 8th place in Europe in the trick event.

Next event was the rescheduled men’s jump preliminary round .

Daniels set a new seasons and personal best of 41.2m or 136’(the longest jump of any Irish Person this year)

It was a fantastic event which was supported by Prince Albert of Monaco who was involved in the presentation ceremony.

Daniel would like to thank his supporters and sponsors Anabio Technologies LTD , Cork Powerboat & Waterski Club , Thongs Flip flops and the Irish Waterski and Wakeboard Federation

Eamon Prunty from Wakezone, Arodstown , Co Meath was also competing in the Disabled European Championships which were held at the same time in Roquebrune-sur-Argens , Eamon is a master craftsman when it comes to tricks , he won gold in the trick event and bronze in slalom a great achievement..

The two Lads did Ireland very proud and we wish them many more successes and victories over the years.. Daniel Galvins results are on https://www.iwwfed-ea.org/classic/18EAC004/